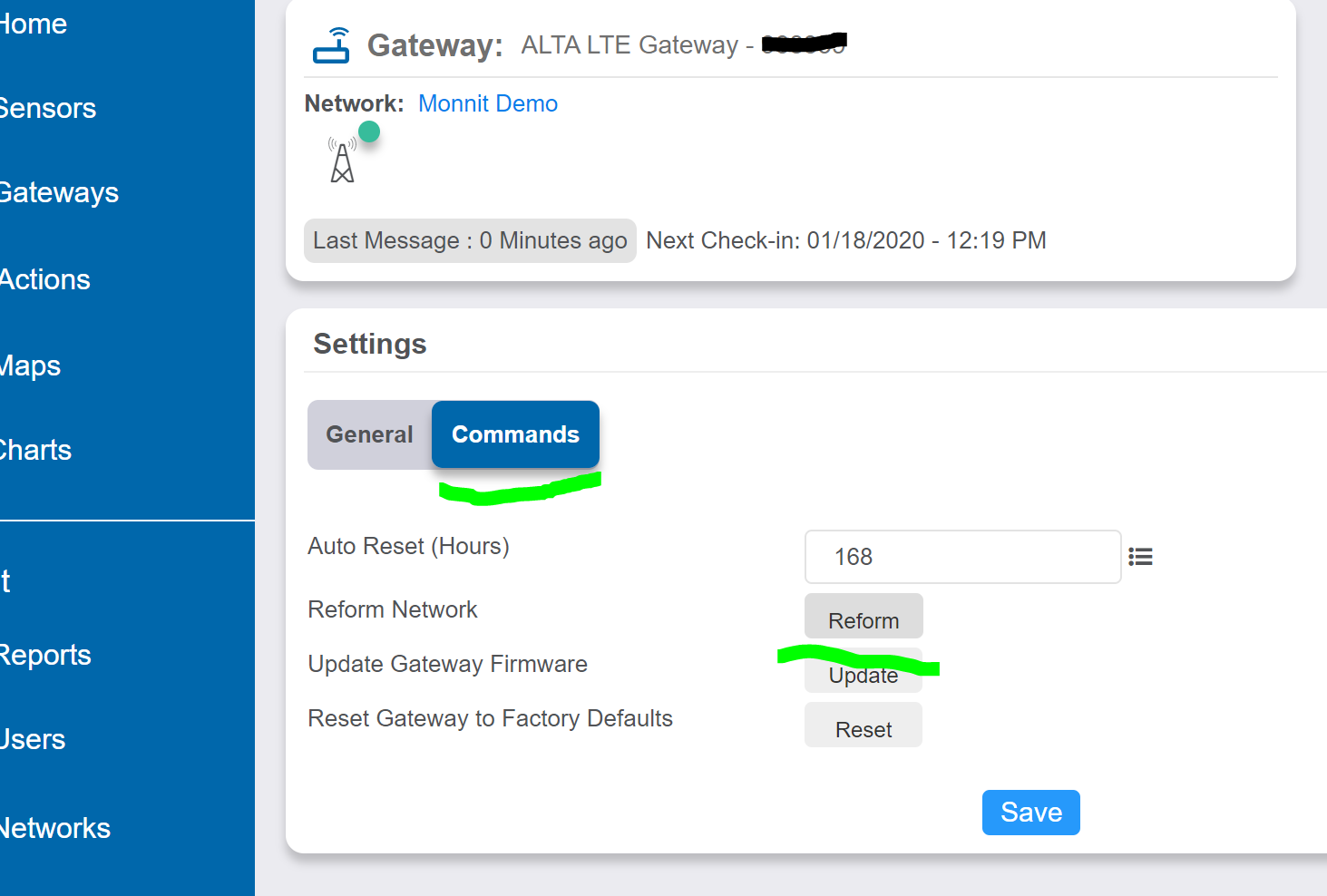 Moving gateways or sensors between networksOne critical example of when Reforming a gateway's network may be necessary is moving gateways or sensors between Sensor Networks. As mentioned previously, when a gateway performs a Download Sensor List function, it does not clear out sensor ID's that have previously been added to the gateway's Sensor List. Therefore if you move a gateway or sensor to a new Sensor Network in the software, the devices that were previously on the same network will continue to authorize communication if in range of each other. This can cause confusion if the devices are in range of multiple gateways/sensors but intended to operate on different sensor networks. Therefore a Reform command should be performed on both the gateway from the previous network, and the gateway moved to the new network.How a Reform command differs between Gen1 and AltaThough a Reform command performs the same function for Gen1 and Alta gateways in terms of the Sensor List operations, there is an additional operation which the Gen1 gateways perform and Alta gateways do not. Gen1 gateways operate on a dedicated channel within the radio frequency band which the sensor/gateway supports. A Reform command on a Gen1 gateway performs a third function in which it scans for the clearest available channel within the operating frequency band. This can be a useful function with a Gen1 gateway if the devices are experiencing interference.The Alta line operate with Frequency-Hopping Spread Spectrum radio transmission. Because the devices are communicating over a range of frequencies by default, this function is not necessary in the Alta line, and therefore not performed when Reforming the network of an Alta Gateway.Reforming a gateway using the Local Configuration (HTTP) InterfaceSome users will not be interacting with iMonnit software when configuring and operating their gateways. For users that operate their gateways on a private networks with the Default Server Interface disabled, the Reform command can still be performed and the functionality is the same. To do this, you will access the gateway's Local Configuration (HTTP) Interface through a browser (for information on this see the following article: Ethernet Gateway 4 - Accessing local configuration page (HTTP Interface) Locally). From the HTTP Interface, click General Options.Select Wireless Sensor Network Configurations.Click Reform Wireless Network.After performing the Reform, you will see the Current Network Wireless Device List empty. You can then manually add sensors to the Sensor List (Wireless Device List) using the top half of this page. 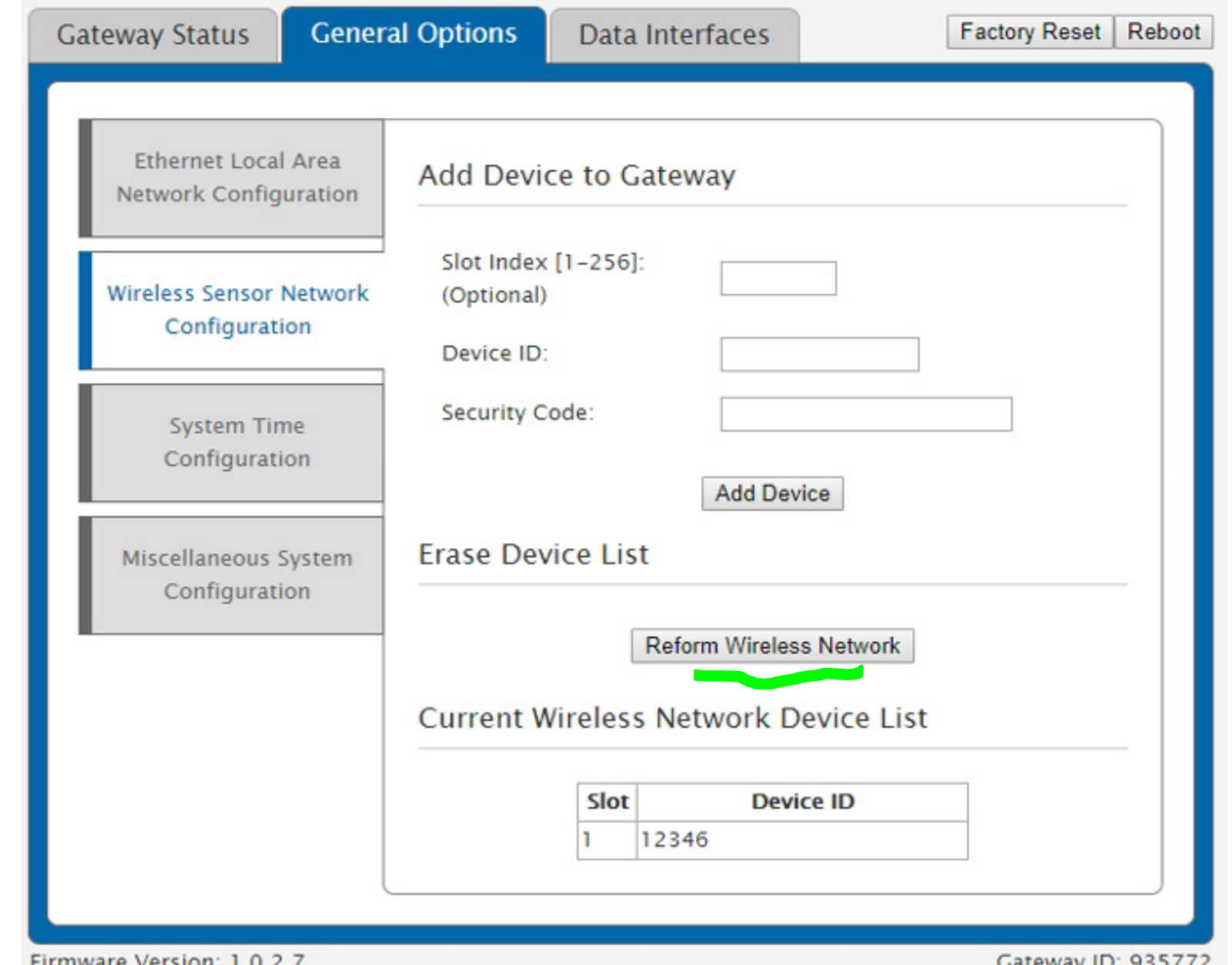 ConclusionThe Reform command can be useful in many scenarios where refreshing the Sensor List might be necessary. The Reform functions performed can resolve a variety of issues in which regaining control of the Sensor Network configuration of a gateway is necessary. Please contact Monnit Support if you have further inquiries.__

Was this article helpful?